Everytime I see this it makes me laugh
I love it!

Technically New Zealand is classed as a Pacific Island so saying I'm going "to the Islands" only counts when I say it to other New Zealanders
So intead, hows this:
*Ahem*
I'm going to Samoa!
It's my birthday next week and so when Husband and I sat down to plan it ealier this year, we decided thats when we'd head over to Fiji, Vanuatu, Rarotonga, Tonga, Samoa etc for a holiday
Fiji we were told was busy
Vanuatu was really spread out
Rarotonga was the place to go if you wanted to, well, not do much at all
Samoa was adventurous
We picked Samoa in the end because we had airpoints and all the specials for flights ran out on every island except Samoa
Its turned out that after reasearching it, we would have chosen it anyway
I was especially looking forward to my holiday yesterday when the sky was black and water got in my boots
I have a itinerary, rental car, hotels/fales and dive trips booked
I have the currency which I picked up from the bank today
(looooving the purple money!) 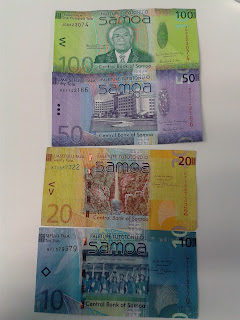 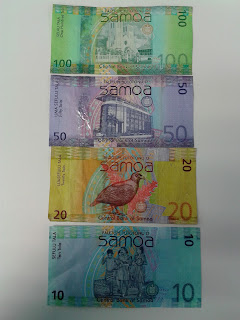 I've warned the house sitter that I've got chickens now - more about that when I get back
And I'll have my knitting for the plane rides
(yes Air NZ allows knitting needles on their flights, I've checked)
Husband has forbidden knitting on this trip
Well we'll just have to see about that won't we? Its my holiday too!!!
I'm around half way through the test knit for this hat having already made the matching mittens
I reeeaaalllly want to get the hat finished before I leave. I have been working on it at the local craft store in my lunchbreaks just to get it done
I've also had another one of my husbands cousin's ask me for a hat/beanie so I'm thinking of making this one for her.
Now I have four hats to make!
At least the girls ones are easy!

Becky
Hi I'm Becky! I live in Whangarei, New Zealand. I love to knit and crochet. I have a husband and a crazy cat.