Its been a while hasn't it?
I have no motivation to blog and for a while I thought I might give up
But I've decided not to
As I sit reading other blogs, from people who post every week (or several times a week) I've felt like I don't acheive anything blog-worthy
Where do people find the time to do all that baking/crafting/running around after children?
Then I realise, I've taken out the baking and children and have only been crafting (that and I don't have children!)
I also realised, that while everyone blogged for the past month, I've been out at the beach in my cheap beach house (my caravan) relaxing. Now that is doing something useful!
I then picked out all my projects from crafting that I've made since I last blogged (about crafting). There's been quite a few items appear
A Cowl -pattern here 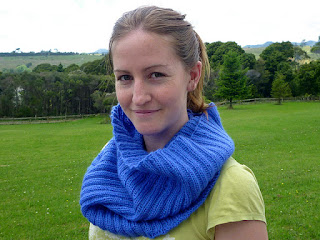 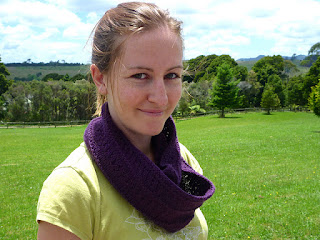 I loved this one so much I made it twice
﻿ 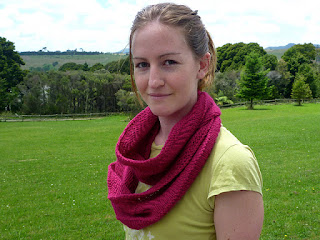 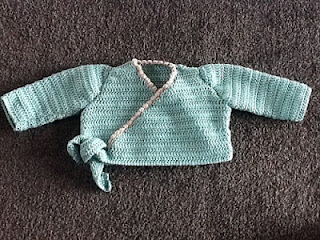 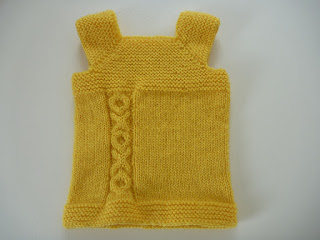 and broke the first rule of knitting, I didn't measure my gage
I knit too tightly/small and should have used bigger needles
Now this 6 month size vest has become a newborn size
To top it off, I can't find the vest to give it away
I put it somewhere, came back from holiday and its gone
My secret 'it'll be safe here' place has betrayed me
While on holiday, I started and finished one sock
The pattern is in the book Knitting Rules by Stephanie Pearl McPhee 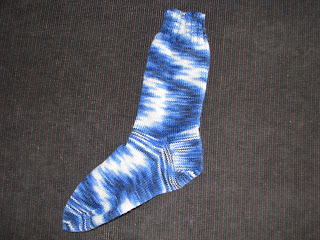 It was  an easy pattern to follow
I forgot... again... to use bigger needles and now the sock won't fit me
I'm still going to make another one
The pair will make a good present for someone, once I find someone who has smaller feet than me
I've now started on this 'Miss Jane' cardigan for myself
I found a problem with it last night and will have to frog it back past the mistake
It makes me want to cry
Now since you've probably noticed, I've said I was camping
I went to Whananaki
This is the view from our campsite 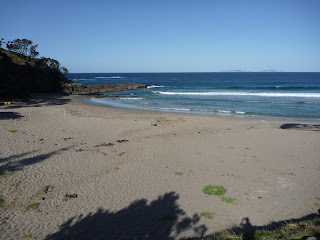 We went fishing at 5am 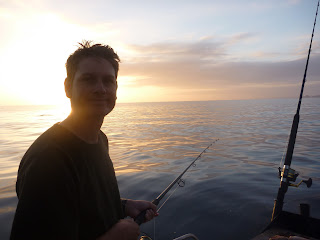 I caught a big snapper 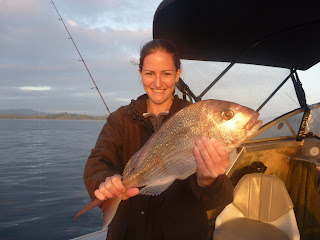 We were circled by a shark 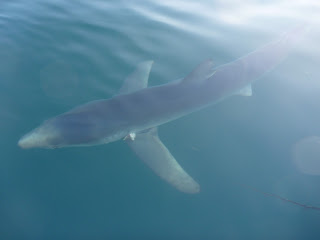 Then we went diving
This is JJ 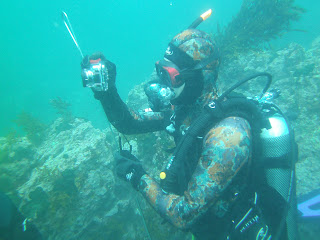 I caught a crayfish﻿ 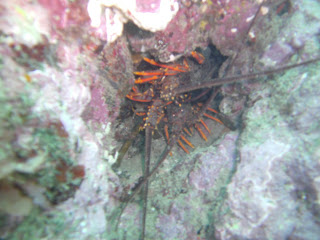 There are certain rules when catching these things
The females have to be smaller than males
I caught a female and it was only just too small!
It was a great holiday with lots of sun and warmth
Last of all, I learned a bit of beekeeping
We had one day at home before going back to work and my afternoon was full of excitement
I put on the beekeeping clothes 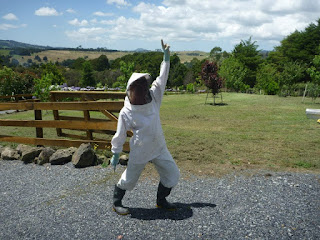 I got stuck to them in about five minutes
Especially wearing socks and gumboots
Its very very hot here
JJ's Grandad showed me what to do and we were away
First we pulled out the frames and put them into the bottom of the bigger box
As we did, we hunted for the queen 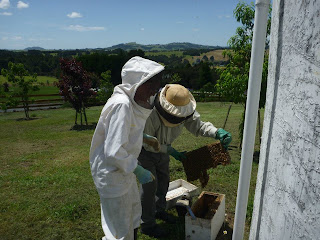 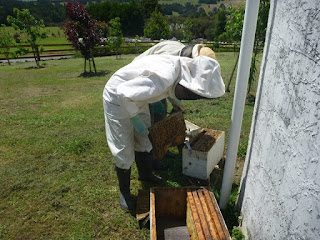 Random bee fact #1 = The Queen does not have black stripes
The photo is blurry (bees do not sit still)
The queen is in the bottom half of the photo, she's to the right hand side and is dark orange compared to the rest of the bees. One of the drones is on the top right side of the pic, he's big 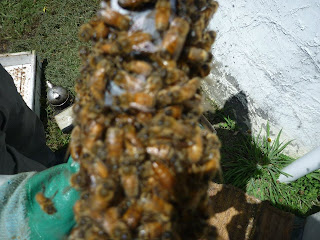 We then made sure the queen was in the bottom box, put the queen filter on it and put a second box on top (this is so she can't lay bee grubs in your eating honey)
I've been told that bees can fill the top box within a few weeks if the weather is good
I'm looking forward to learning how to get the honey out of the box and buying my own bee equipment
Its expensive so it looks like I'll be saving up for a while!
And now, that I've put everything down like this I do feel as I've acomplished something
I've made six big or complicated knitting/crochet patterns (for my skill level) and started another even larger item
I went on holiday with a husband who is an 'active' relaxer
Me? I'm a sit on my bum and do nothing relaxer
I learned how to move bees from a small beginner hive to a large hive
Wow!
What have you been up to?
Posted by Becky at 4:20 PM 8 comments

Becky
Hi I'm Becky! I live in Whangarei, New Zealand. I love to knit and crochet. I have a husband and a crazy cat.